Spend $75 or more on our delicious cheese products and get FREE shipping! 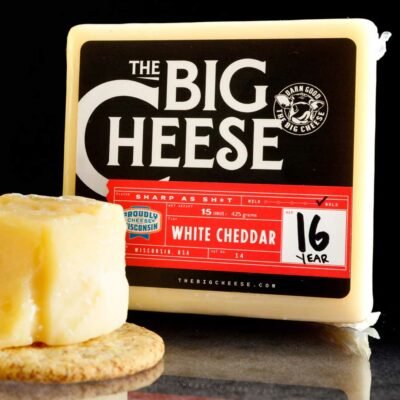 Spend $75 or more and your shipping is free in the US, excluding HI and AK.

Holy Cow! How can I get FREE shipping? Learn more.

Holidays, celebrations, or a quiet night at home…any time is Gift Box time!

by The Big Cheese

Is older better? With cheese, that seems to be the case. According to historical accounts, people have always loved cheese. Archeological evidence suggests that people have eaten cheese as far back as 8,000 years ago.

Cheese has been found in archeological digs and among the artifacts in ancient Egyptian tombs. If you think an aged block of 13-year-old cheddar is old, discovering an ancient cheese puts a whole new spin on the term “aged.”

For example, Egyptologists found one whitish solid mass of cheese, made of sheep and goat’s milk, in the tomb of Ptahmes, a high-ranking official in Egypt from the 13th century BCE. Discovered in the Saqqara necropolis, near Egypt, the 3,000-year-old cheese showed traces of brucellosis bacteria.

Brucellosis, an infectious disease, develops from eating the undercooked meat of sheep or goats or consuming unpasteurized milk. Researchers believe the finding represents the oldest evidence of a known disease.

While the Ancient Egyptian cheese is pretty old cheese, archeologists have made even older discoveries.

Cheese, found in tombs in the Taklamakan Desert in Xinjiang, lacked animal enzymes, such as rennet. Instead, the 3.600-year-old Chinese cheese, which was buried with mummies, contained Lactobacillus and Saccharomycetaceae yeasts, found in kefir, a fermented dairy beverage.

Scientists theorize that the ancient Chinese buried the cheese for snacking in the afterlife. Ironically, most people in that area of China today are lactose-intolerant.

Besides the ancient Egyptians and Chinese, the Ancient Romans loved cheese. In fact, they engaged enthusiastically in cheese-making activities. They even had a separate kitchen, called a caseale, where they made the stuff. They established town centers in Rome where they set up operations for smoking cheese as well.

The Odyssey – a Cheesy Literary Classic

Historians credit the Romans for being the first to age cheese and store it. They also believe that the French learned the art of cheese-making from the cheese-obsessed Romans.

Cheese historians trace cheese-making to ancient Greece as well, or at least to ancient Greek mythology. Do you remember the Greek poem, the “Odyssey”? In the Hellenic epic, Polyphemus, a one-eyed giant and shepherd, lives in a cheese-filled cave. In fact, his home contained racks of the stuff. Moreover, he had plenty of sheep from which he could get milk to make the cheese.

The story of Polyphemus also supports the fact that cheese-makers stored cheese in a cave before the age of refrigeration. Cheese-makers aged moldy Roquefort inside caves so it could earn the right to become a member of the cheese family.

Macaroni and Cheese in the Middle Ages

People in the Middle Ages also loved to make and eat cheese. When they served macaroni, cheese lovers sprinkled a combination of Parmesan, cinnamon, and sugar over the pasta. This was a common practice until the 19th century.

You can also trace cheese-making and eating back to the 14th century. Monasteries made cheese, such as Munster, which also represents the Latin word for monastery. Because monasteries represent self-sustained communities, monks made their own wines, breads, and cheeses, and grew their own vegetables. Other cheeses that monks made include Monk’s Head and Roquefort.

When Cheese Got a Bad Rap

During cheese’s history, some people viewed the dairy innovation with suspicion. Those processes that make cheese taste so flavorful turned it into a food of ill-repute. The mysteries of fermentation and coagulation and the hardened milk they produce gave rise to warnings about eating the food. Some of the well-heeled classes also considered cheese peasant food. However, people could not escape the temptation to eat cheese and fell back into their obsession with the dairy food in the Middle Ages. In Italy, during that time, spit-roasted cheese was all the rage.

While we often associate turkey with the Pilgrims, the Mayflower seafarers also enjoyed cheese. A record onboard the ship, in 1620, listed cheese as part of the ship’s inventory. It was even believed that Christopher Columbus may have eaten cheese on his voyages. Columbus and the members of his crew transported goats on the Nina and Pinta so they could drink fresh milk, and possibly eat cheese.

Most communities produced their own cheese locally and on a small scale historically until the early 1800s. February 3, 1815, marked the first mass-production of cheese. On that date, the Swiss opened the first cheese factory in the world.

The Oldest Edible Cheese in the World

The oldest edible cheese in the world was produced in Oconto, Wisconsin. The 40-year-old cheddar surfaced in 2012 when its creator and owner, Ed Zahn, found the block when cleaning out his shop. He also discovered 28-year-old and 34-year-old cheddars. People who sampled the 40-year-old cheese loved it, proving that aged sharp cheddar is a smart, if not astute, cheese choice. 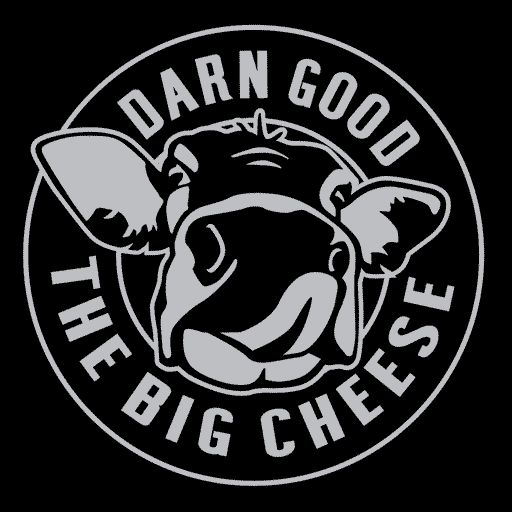 Sign up for our moos-letter and receive exclusive content, terrific deals, and a code for 10% off your first purchase!